About Pass the Controller 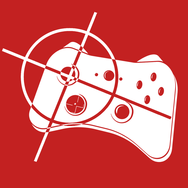 Pass the Controller was originally founded in September 2014 by a group of gaming enthusiasts based across the UK, led by James Michael Parry, and formally launched in February 2015. The team set out to create a website which encourages a positive culture of enthusiastic, passionate gaming fans who could discuss and debate as well as play nicely together. Hopefully, you'll agree, that's worked (so far).

The site wasn't conceived as a money-spinner, and while you may see the occasional ad here and there, it all serves to keep the lights on. All members of the team are volunteers, and so don't get paid, in fact many do this in their spare time despite having full time real-world jobs.

Now in our second home, the team (who you can find out more about if you like) has grown and diversified, to allow us to give you the most wide-ranging, exciting and engaging content yet, whatever platform you choose to play on. We are always looking for new things to try to bring you the best place to find out about and talk about games on the internet, so, if you think you've got something, let us know.

If you've taken the time to read this, then thank you, because it's you and people like you which not only keep the site bustling with new people to join our community, but also give us all the satisfaction of knowing we are doing a good job, and that makes it all worthwhile.